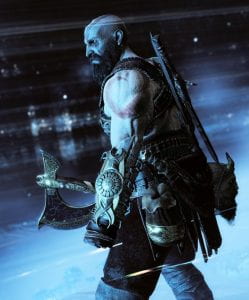 “Don’t Look Back In Anger” by AndrewCull is licensed under CC BY-NC 2.0

Welcome! This is going to make history as my very first video game review. And what better way to start it off with than God of War. This game had a lot of compation. I could’ve done GTA5 or Red Dead Redemption 2 but I felt the best way to start these reviews out is the game I am currently playing, God of War 4. And man where do I even start with this game, it’s action packed telling the story of a Greek god, while keeping his secret away from his son, Atreus… or as the community and even Kratos calls him. “Boy.” But before I move in I should let you know my reviews will be way shorter than this I just decided to make it longer because this day is… special. Alright back on track I easily rate this game a 9.7 out of ten. And to be clear, I don’t think I will EVER rate a game a 10/10. Every game has its flaws. And with God of War it’s definitely it’s mindless puzzles. Man those puzzled are annoying, it’s not even that their hard, there just annoying. After every fight they hit you with. “Hey! Here’s is a puzzle for no reason.” Just to get in your way. But there still a reason that this game is a 9.7 very game has it flaws but the character development, the story, the overall gameplay is all ELITE! It’s one of the very few games where I FEEL the characters. For a game that came out in 2018 it’s easily in of the best games of all time. Anyways this is getting way to long and I promise they will be shorter in the future. But I think thats it… I’m out.